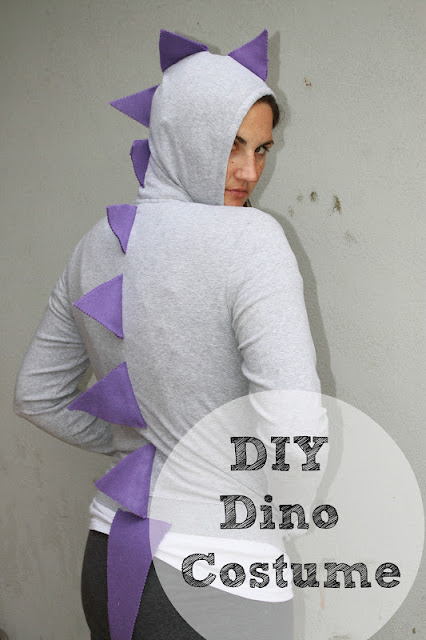 Wesley had a cute hand-me-down dino costume for Halloween so I wasn't planning on being super mom and DIYing his costume this year.  And I wasn't planning on dressing up either, until Halloween approached and I got in the Spirit.  Luckily for me, I was able to DIY the cheapest and easiest dino costume for Jeff and I.  It cost me $4 for both of our costumes and I was able to complete them both in about an hour.  Want to know how???  Here are the directions. 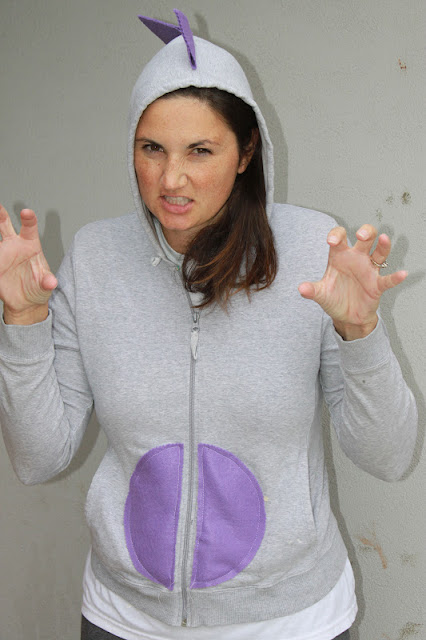 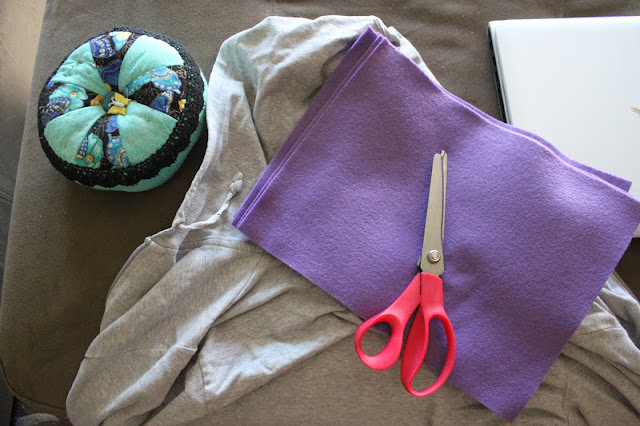 Start by folding your felt in half and cutting spikes (triangles) using the folded edge as the bottom of your triangle.  So when you unfold your triangle, you have a diamond shape. 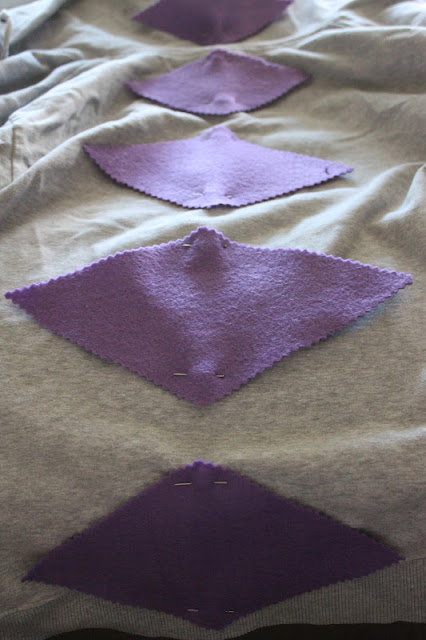 Then pin your diamonds in place (where you want your spikes).  FYI- if i did this again, I think I would have put the spikes right next to eachother. 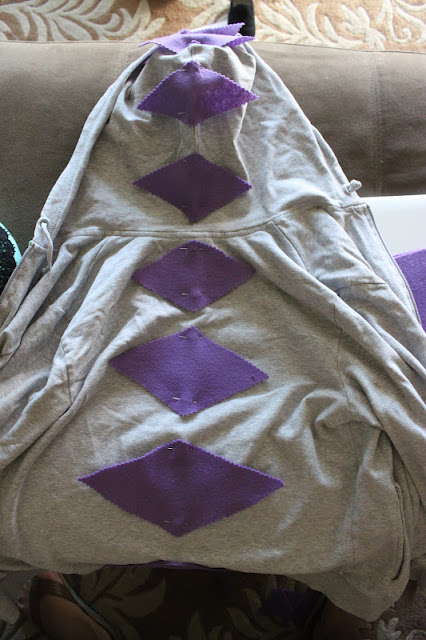 Next, cut out your tail and pin it to the bottom edge of your sweatshirt.  Mine is a little off, but what dinosaur has a perfect tail, right? 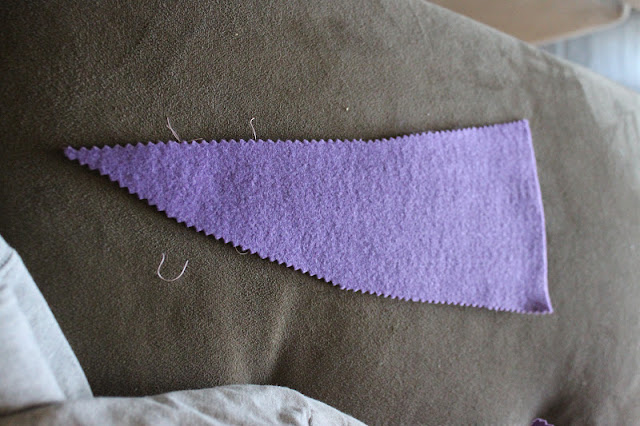 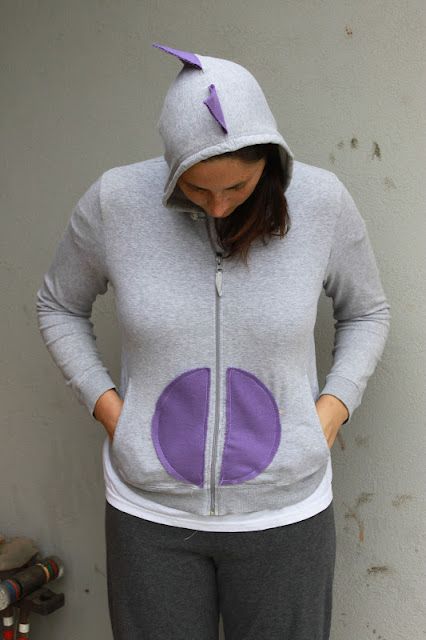 Then sew a staight line up the middle of the back of your sweatshirt, catching the center of your spikes.  If you plan to remove the spikes later, set your stitch to the longest length and start and stop sewing at each spike so you have less holes.
Sew on your tail and tummy as well.
Then using hotglue (or you can sew), glue the spikes halves together and watch them stand up. 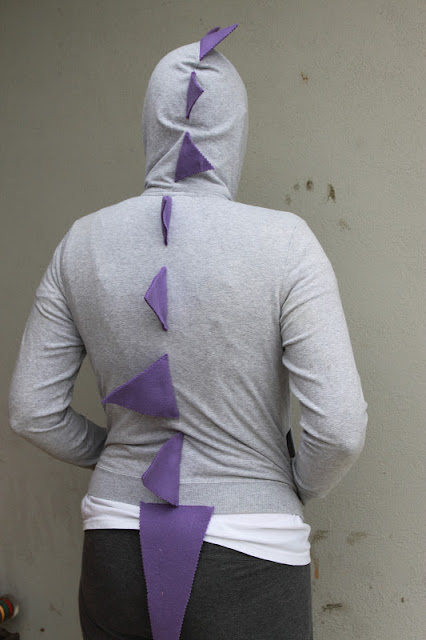 And you are all set!  Seriously,the cheapest, easiest, and fastest homemade costume I have ever attempted. 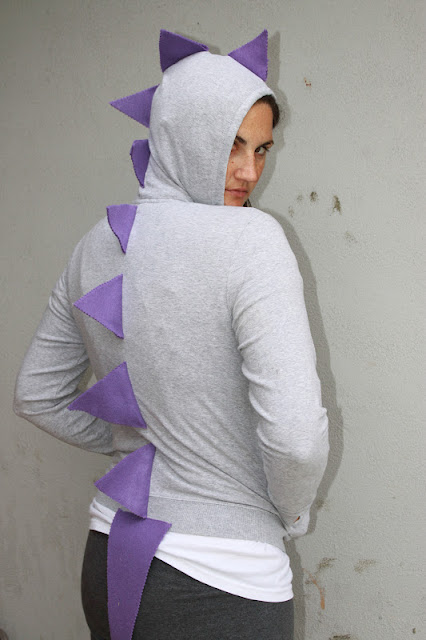 Here's Jeff sporting his sweatshirt with our little dino. 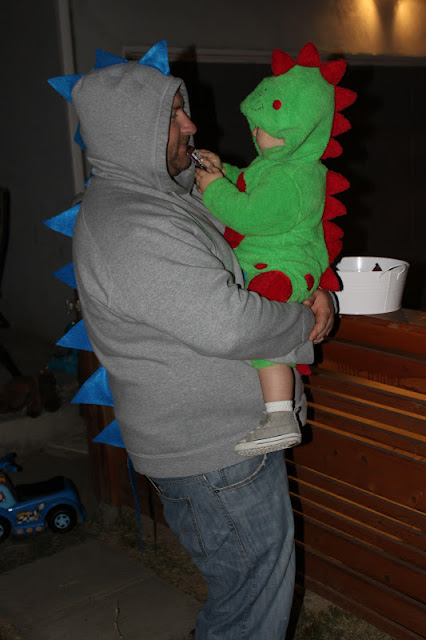 And our little dino family. 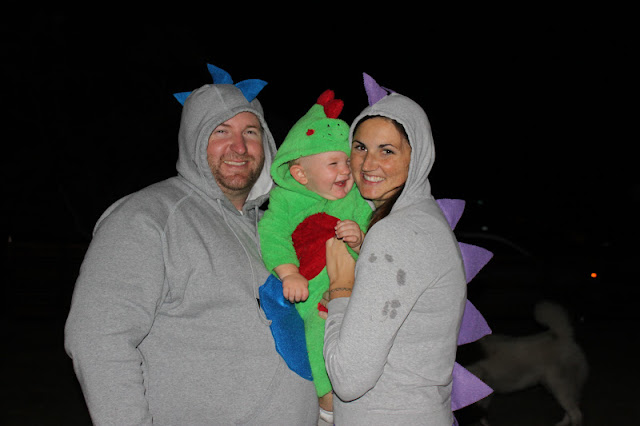